Call in the Pros !

I then managed to get hold of a Ali tank from 'Johns Tank shop' The master craftsman of tank building in the country ! (cheers John) http://www.thetankshop.com/

And the seat unit and engine breather from HT MOTO .

After trying the parts out for size it became clear I needed to get the frame modified and chopped to fit some of the parts (seat) and another fantastic local company called 'Stotfold engineering'   http://www.stotfoldengineers.co.uk/  Thanks to Terry who worked on the frame and as well as fitting the seat also made brackets to suit the other parts fitted, great work Terry and thanks for the help. Terry also Built the wire wheels for me too and took care of some plating of various parts.
Terry was also kind enough to let me into the workshop at various times to work on the bike myself, thanks Terry. 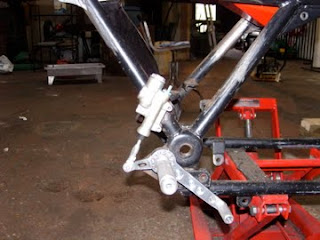 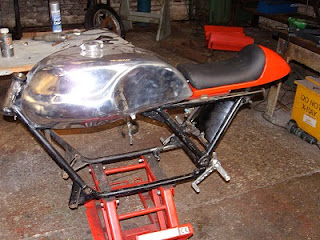 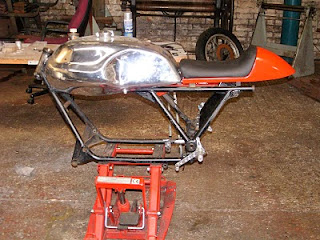